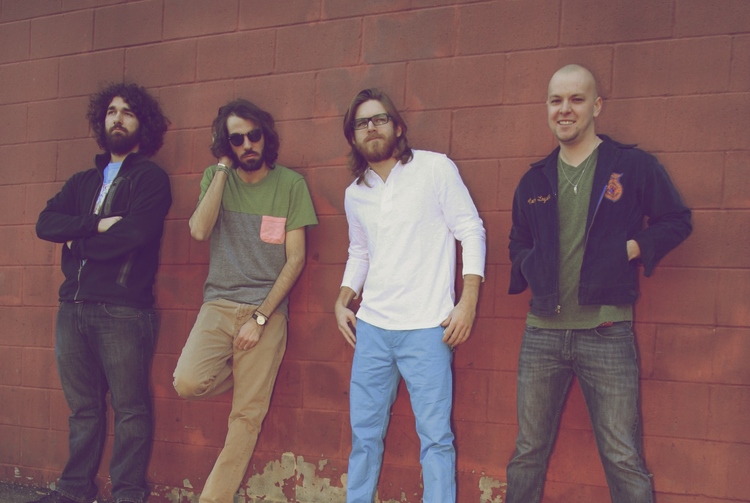 Time Sawyer is interested in “real people and real songs” and that’s just what the listener finds in their music – a sense of realness. Time Sawyer blends a grassroots feel with heart-felt lyrics to put on a high-energy, entertaining show.

The folk rock band’s name reflects the pull between the past and the future. The character Tom Sawyer evokes the rural background and love of home that the four band members, who all hail from the rolling foothills of Elkin, North Carolina, share. Time is a muse for songwriting; it’s the thread that runs through life, bringing new experiences, giving us a sense of urgency, while still connecting us with our past.

Lead vocalist Sam Tayloe and lead guitarist Kurt Layell recorded an acoustic EP together in 2010, but the addition in 2011 of Houston Norris, on banjo, and Clay Stirewalt, on drums, allowed them to create a richer sound at their live performances and on their albums.

Time Sawyer’s first album, “Time for a Change”, placed high on WNCW’s list of Top 20 Regional Albums of 2011. Each subsequent album has demonstrated growth, with more skillful instrumentation and more sophisticated arrangement, all while retaining the honesty and directness that has been a hallmark of their music from the start.

The memorable lyrics and strong melodies result in songs that will stay in your head long after the music stops.  Time Sawyer continues to develop a loyal and growing fan base. Whether they’re playing in an intimate coffee shop or a large outdoor festival, their goal is to forge a face-to-face connection with the audience so that they become friends who happen to be fans.