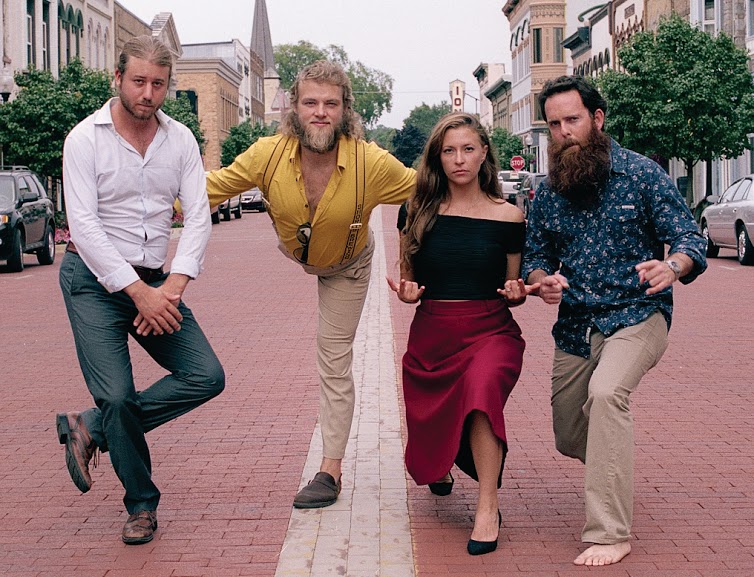 With roots in the Great Lakes State of Michigan, Lindsay Lou & the Flatbellys have been non-stop traversing the country with instruments in tow since the release of their 2012 record, Release Your Shrouds. The album showcased the band’s meshing of Appalachian tradition with a rootsy Michigan vigor. But wherever placed in the genre continuum of the times, it’s their sincerity and passion for following the music that propels them. The year ahead will see them releasing their second full length LP and making their first international tours to Germany and the UK. Motivated by the power of music to connect; to ask questions; to heal and to learn about what it means to be human, Lindsay Lou, Joshua Rilko, Mark Lavengood and PJ George are a finger pickin’, harmony slingin’, tight knit family fashion conglomeration who show no signs of slowing down.    www.lindsayloumusic.com