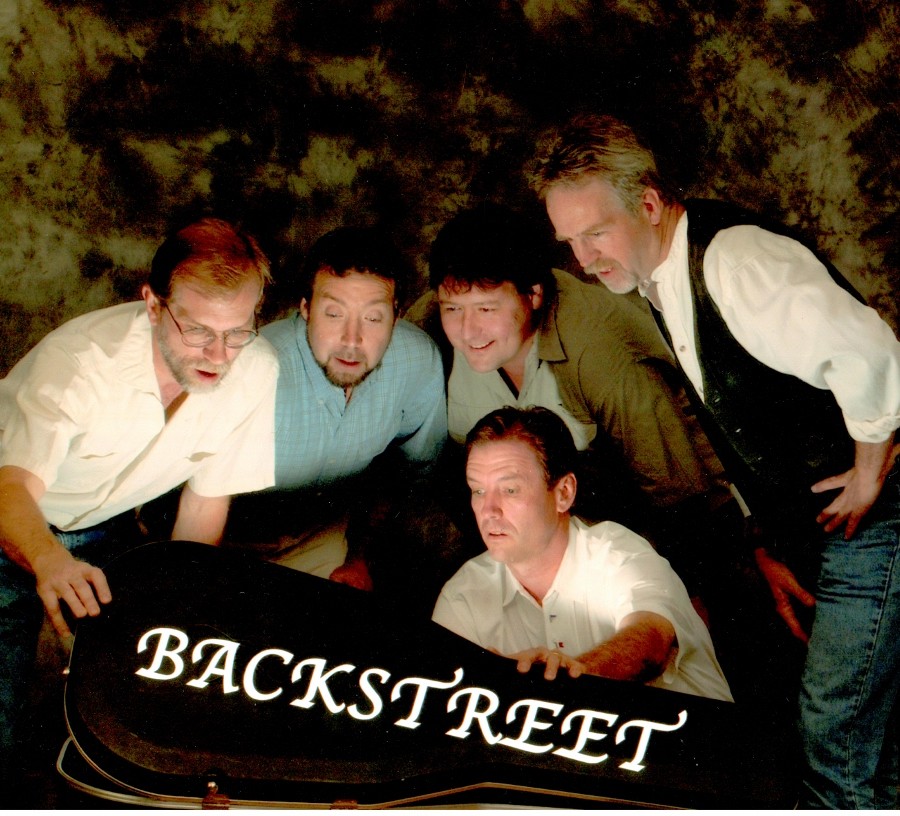 Heart of Folk presents Backstreet at the Talia Bassment Club on March 13.  The show will begin at 7, with doors opening at 6.  Tickets are $10 and will be available at etix.com, Talia Espresso, Spectrum Hospitality, or by calling 336-990-0746.

Backstreet combines high energy, fine musicianship, and unsurpassed vocal harmonies to entertain audiences young and old. Based in the North Carolina Blue Ridge, Backstreet has been performing their eclectic mix of acoustic roots music since 1985. The band members are all seasoned veterans who have the experience, the repertoire and the chops to give you just the performance you’re looking for. Backstreet has performed at countless weddings, private parties, festivals (including world-famous MerleFest), and music venues across North Carolina and the Southeast. The band completed a tour in England and Scotland in 2003. Backstreet has produced 2 CDs; “Another Look”(2002) and “Live at The Famous Bein Inn” (2004).

The band’s extensive, intelligent repertoire is influenced by bluegrass, old-time, folk, western swing, blues, and Celtic music to name just a few styles. Band members consider that they are a product of their environment. From their home in the N.C. Blue Ridge they have been exposed to the rich heritage of traditional music this region has fostered. Choosing songs both old and new, songs that everyone knows and gems recovered from the depths of obscurity, Backstreet lends to each song the band’s own unique sound and energy. They also perform many original songs written by band members. Strong, tight vocal harmonies are an important element of Backstreet’s music.