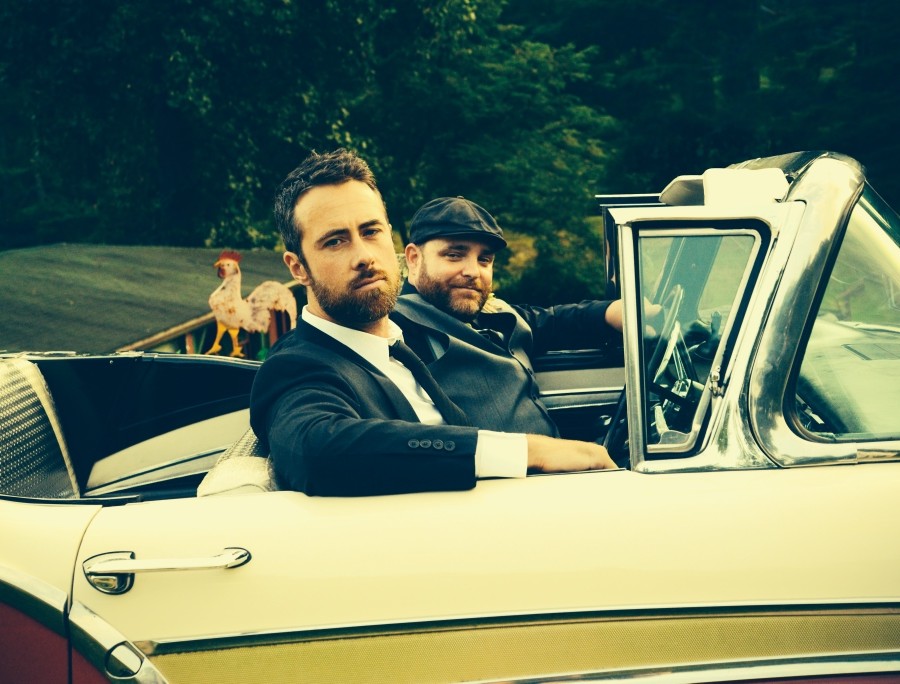 Heart of Folk is excited to welcome The Contenders back  to the Talia Bassment Club on Friday January 29.  The show will begin at 7:30 with doors opening at 6:30.  Tickets may be purchased by calling 336-990-0747, at Talia Espresso or online at etix.com.

The legend Levon Helm said that if you give it good concentration, good energy, good heart, and good performance, the song will play you. If that’s true, then Jay Nash and Josh Day are well and truly played by the set of songs in their debut EP, “Meet The Contenders.” The collection breathes with musicality and grit in the tradition of heroes—The Band, Tom Petty, The Dead, Dylan. Thrumming and heady, with a steady heartbeat and a hint of honky-tonk, this EP speaks of wanderers and highways, lovers and losers, good times and missed chances,swimming pools and movie stars, all with a ferocity born of hard work and honed skill. Nash and Day have been players and poets for the better part of two decades; they have been making music, telling tales, drinking whiskey,and having fun touring together as since 2012.

Jay Nash’s music is like the river that raised him—strong and deep, with a little bit of lullaby and a big damn current. Twenty years ago, he played loud in bars along the Saint Lawrence River, in the reaches of New York so far-flung they’re almost Canadian. For the last decade, he’s journeyed the US and Europe solo, selling over 60,000 records without ever putting ink on a conventional record deal. Now in the green mountains, the quiet cold of winter rarefies wit and musicianship into the kind of Americana that knows where it comes from.

Hailing from the sweet, sticky hill country of North Carolina, Josh Day brings a percussive virtuosity that shapes the music and supports the vocals. With shining creativity and fine-boned craftsmanship, Day has that special something that resonates with audiences and always feels like a party. Be it playing bluegrass with the Kruger Brothers, touring with Sara Bareilles, or drumming for Jennifer Nettles, Day keeps it busy and honest, just what one would expect from a man who plays with so much heart.

Lady luck introduced Nash and Day at Room 5 in Los Angeles over a decade ago. They both loved The Band and whiskey, so the eventual collaboration was inevitable. Faithful disciples of Rock ’n’ Roll and musician’s musicians both, Nash and Day have given a big stage to their talents and drives with this debut EP, so pour a good glass, give a nod to your betters, and meet The Contenders.