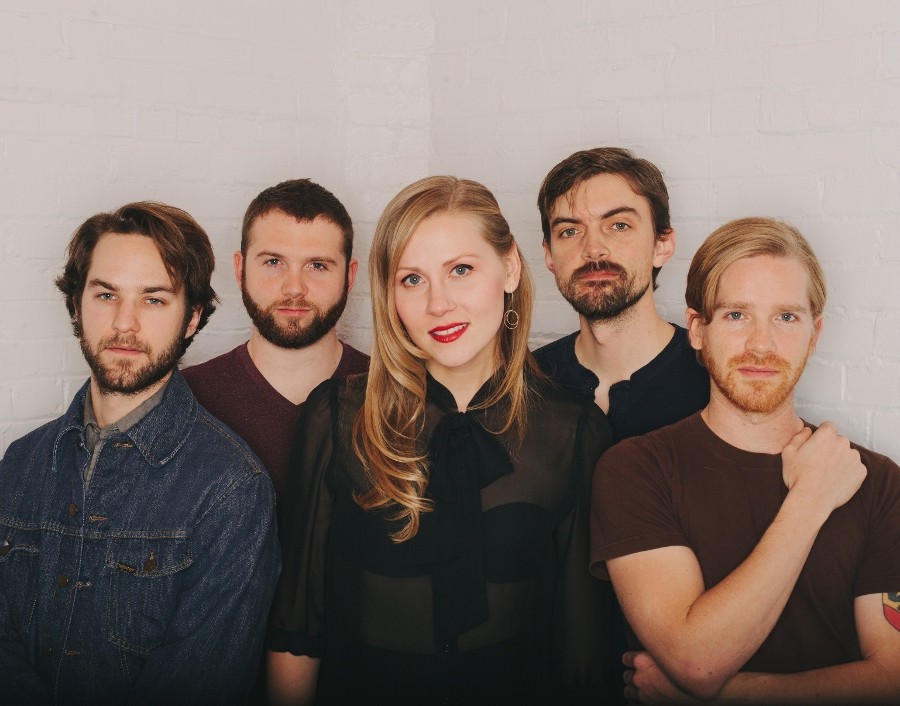 Join us Saturday April 2 as we welcome back Nora Jane Struthers & the Party Line to the Heart of Folk Concert series. We are excited to have Nora JAne and her band back in Wilkesboro with us again.  Her show was one of the very first concerts put on by Heart of Folk and one that is still talked about often 2 years later.  In other words, you don’t want to miss this.  The doors will open at 6:30 with the show kicking off at 7:30. Tickets for the show are $15 and are available at Talia Espresso, etix.com, or by calling 336-990-0747.

Wake. The evocative one-word title speaks volumes about what’s happening on Nora Jane Struthers’ latest album. For the thirty-year old singer-songwriter, it’s “wake” in several senses of the word. There’s the trail of a life and career behind her, the slipstream of lessons learned. There’s the quiet observance and letting go of who she has been up until now as both an artist and a person. And most of all, there’s the stirring of something new, an opening of a door and wide-eyed rush forward into a place of discovery and dizzying possibilities. And it’s all set to a soundtrack that resonates with the warm uplift of the first day of spring.

In short, Nora Jane Struthers has fallen in love.

“The whole album is about strength through vulnerability,” she says. “That’s what I’ve come to as an artist, and a human being, and I think it’s the most powerful force in my life. I feel so much more like my childhood self now than I did over the past five years, than I have in my whole adult life. In my twenties, I had a tendency to compartmentalize pieces of my musical identity. For instance, how could I reconcile my love of both bluegrass and Pearl Jam? I did the same thing in my personal life, where I had this sort of idea of who I wanted to be, and ignored all these other pieces of myself, because I didn’t think they fit into some imagined big picture.

“But this experience of falling in love blew that whole thing apart,” she continues. “Looking back, my previous two albums feel so safe. They had literary merit, contributing to the traditional canon in a way that I was proud of. But it all felt masked by these narratives that were not directly my own. These new songs are autobiographical. I’m looking inward, allowing that to be what my art is. To take away the narrative safety net and then the sonic safety net and just give myself over to my own story and my own feelings, was scary but exhilarating.”