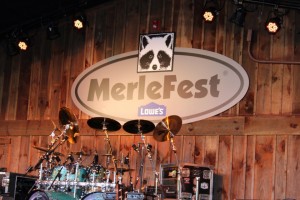 What began as a small event to pay tribute to a well known local bluegrass artist in the late 80’s, has now grown into a very successful four-day festival with over 80,000 guests per year, making it one of the largest music festivals in the United States.  It is also the third largest tourist attraction in the state of North Carolina.  MerleFest started with a hand full of artists performing on one stage and has now expanded across 14 different stages and features an array of music.

The festival first came about as a way to honor the memory of Eddy Merle Watson, who died in a farm tractor accident in 1985.  Merle’s father and famous musician, Doc Watson, was the primary host of the festival until his death in 2012.  The festival was founded in 1988 and is the primary fundraising event for Wilkes Community College where the festival is held each year.  It is a huge boost for the entire community, with an annual economic impact on Northwestern North Carolina exceeding $10million. 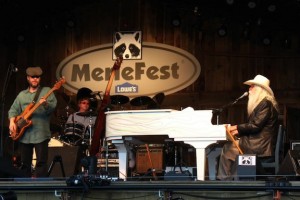 The bands and musicians featured at MerleFest are a mix of traditional and contemporary roots music, a music blend Doc referred to as “traditional plus”.  The festival does an amazing job of bringing together a variety of styles of music which include; Bluegrass, Contemporary, Acoustic, Blues, Folk, Old-time music, Cajun, Jazz, Country, Celtic, Americana, Rock and Singer-Songwriter music.  The festival is also a the perfect time for various artists to come together for on-stage jam sessions.  These are once in a lifetime sessions and are always a blast to be a part of. 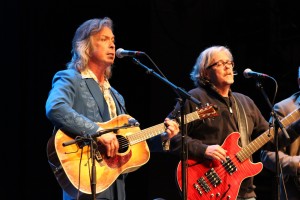